On September 11th 2008, the Nederlandse Chemische Warehousingbedrijven (VNCW), which would become the eventual branch association for chemical logistics, was founded in Arnhem. The association was founded by Thijs Rutten, Floris Rhemrev and Luciën Govaert. Below, you will find an interview with the founders: 10 years later (2018). 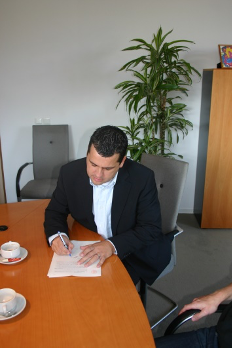 ‘As SHQE manager at Te Winkel & Oomes (TWO), I was confronted daily with the problems chemical logistics dealt with. Especially during that time, there were few consultancy firms who knew what they were doing and we weren’t really represented by a branch association. Laws and regulations and especially norms were regularly changed and this kept us busy without having any answers readily available. Many companies in the branch were on their own seeking answers. This eventually led to Thijs, Floris and myself developing the idea to found an association for chemical storage. And from the moment we founded it, it was a resounding success. With the founding of the association, I was appointed Chairman, which I’ve been for about 10 years now. A function that required a lot from time to time, but I also gained a lot from it through its many successes.

Hazardous substances have played a role in my life for many years. Besides my function at Te Winkel & Oomes, I already founded a company named SafetyNet Nederland. This company was and is mainly dedicated to WABO environmental permits, ADR safety advice and PS15 storage. When this company and the association started growing, I eventually quit my then part-time
function at TWO. Later, the consulting services from the consultancy firm of VNWC Consultants were added to this as well.’

He now manages to use the knowledge from his advice and audits for his function of Chairman and director of the association. Additionally, he’s a (board) member of several commissions and foundations. For example, he had a hand in writing on the PGS15, PGS14 and PGS6. He strictly separates his functions as an advocate and advisor. Safety, however, always comes first to him and it’s the message he constantly preaches. 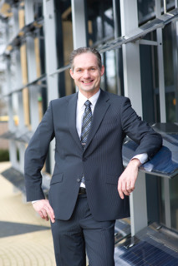 ‘On February 1st 2007, I became managing director of Te Winkel & Oomes BV, one of the bigger players in the Netherlands in the field of storage and distribution of packaged hazardous substances. Storage of packaged hazardous substances turned out to be a very specific area of expertise, a niche where the providers did deal with the same challenges, but hadn’t yet united their strengths/knowledge/voice into an association of their own, unlike the manufacturers (VNCI) and traders (VHCP) of chemical products. A number of these storage companies were also members of the VHCP, yet it was clear that the majority of the members, meaning the traders, were dealing with completely different challenges than the storage companies. To still give “our kind of companies” that stage and attention for “our challenges”, I decided, together with Luciën Govaert and Floris Rhemrev (from Farmusol), to found the VNWC.’

Immediately after founding the association, I told Luciën Govaert, who was also working at Te Winkel & Oomes at the time, that I wanted to completely devote myself to the VNCW, but that unlike Luciën, I would work behind the scenes and therefore not in a management position. The reason for this was that 2 of the 3 founders worked at the same company. We founded the VNCW for all companies, who stored hazardous substances themselves, and I wanted to prevent the impression that the VNWC was only founded as a vehicle for Te Winkel & Oomes and Farmusol at any cost. Te Winkel & Oomes (now renamed TWO Chemical Logistics) was a part of the Emons Group until mid-2013. Around that time, the management of Emons decided to sell TWO for strategic reasons (after all, Emons was more of a transport company than a storage company). The sale to Broekman finally took place in July of 2013. As for myself, I stayed at Emons and became CEO of the remaining part of the group.

I still happily look back on the 6.5 years that I was allowed to have ultimate responsibility at TWO. Especially with all the commotion that happened after the disaster at Chemiepack. Suddenly, many of our kind of companies were accused of all kinds of violations, including us. And many of those accusations were unfounded. If anything, they were wrong. Successfully convincing the authorities, the residents, environmental associations and last but surely not least the press of our good intentions and the fact that as an expert, you know what you’re doing and that safety is always the primary concern is something I’ve personally experienced as one of the most beautiful periods of my 30 years of work experience. The VNCW played a crucial role during that period as a spokesman for the storage companies.

As mentioned before, after the sale of TWO, I was the only employee that didn’t move with the company, but stayed at Emons. There I became CEO of the remaining 4 divisions. Unfortunately, there was a difference of opinion with the owner about carrying out the established policies and we eventually parted ways. After a short interim assignment, I now work as managing director Benelux at a logistics provider that does transport a lot of packaged hazardous substances, but (unfortunately) doesn’t store them. 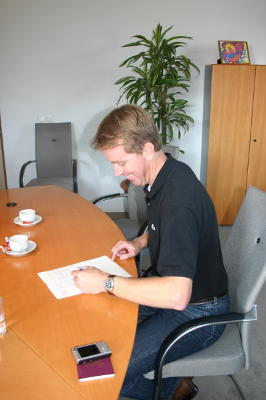 What led us to found the association was the fact that the existing branch representatives didn’t fit our business. The representatives of the chemical industry are mainly focused on the process industry and large chemical companies and the logistics branch is too broadly orientated and misses the specific knowledge regarding the storage and handling of hazardous substances. By setting up a specific association, our interests are represented in a much better way.

I was involved in the management of VNCW for the first three years. At the time, the branch was working to catch up regarding the chemical industry and a growing number of informally designed companies became more formal. This development could be seen at the companies and the government services and this professionalization has been extended throughout.

When it concerns changes regarding the subject of hazardous substances and safety, I’ve seen that interest in the subject has increased dramatically. The knowledge of all parties involved in the chain has been strongly improved by pooling knowledge and expertise. More and more clients also take responsibility and choose to work with the specialists for
storage and transport of hazardous substances. Because this knowledge keeps increasing, more and more tasks of the clients can be taken over by the specialists and the added value of safety keeps increasing, which guarantees continuity and can justify the huge investments.

The association needs to continue the determined course, sharing of knowledge, representing the branch to the government and creating a network of specialists. You stand strong together and don’t have to invent the wheel all on your own. The ultimate goal to me would be to develop a standard safety management system that can be used by the entire branch, based on the needs of the government and the companies. This way, trends and developments regarding safety can be better monitored across the entire branch and measures can be employed more effectively because companies can be compared.